A string orchestra takes place and readies the instruments. Suddenly, on director’s sign, the musicians put on black balaclava masks. A feeling of unease spreads. Don’t they resemble terrorists? On the next move they start playing. They play Adagio for Strings of Samuel Barber, one of the most sensitive and beautiful music pieces in the world.

Again and Again exists in the fault line generated by the contrast between the beauty of the music and the fear from the musicians’ appearance. Staged for the first time in 2000, at a time war was raging in Kosovo, the piece keeps taking on fresh meaning with each re-enactment, as an icon holding symbolic power regardless of when it was produced, and yet continuing to be nurtured by it.

Sislej Xhafa’s works are frequently tied up with his own experiences; those of identity, nationality, migrations, legality and the institutions, encouraging the observer to reflect on the social, economic and political phenomena of our world. 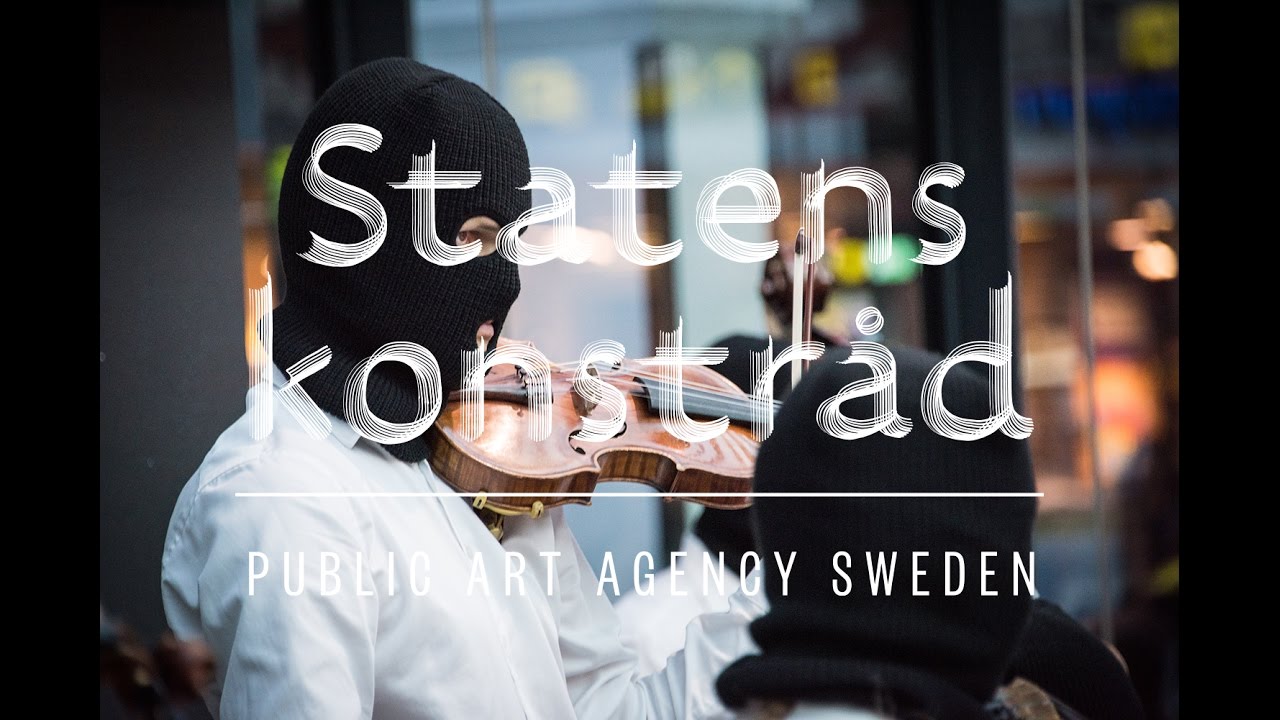 In Malmös Leende, a group of international and Swedish artists interact with the city and it’s public space. They try to deconstruct simplistic depictions and explore its complex reality. Their works deal with a broad aspect of issues pertaining to politics, religion, language, belonging and cityscape.

Interplanetary Species Society (ISS) was a new project by artist Jonas Staal that consisted of a large-scale installation...

Monument to Work (Arbetets Monument) is a memorial performed by people in motion. The monument is a work...

COR/R/E/LATION, a work comprising illuminated arches and translucent Corian panels, is installed along the sides of the storehouse...