With Råby Planet Michael Beutler’s three-part work brings together Råby’s old and new cultural heritage, both physically and socially. Part one is a workshop, part two the wooden sculpture The Shrine, and part three is Råby Planet Festival, in which a large ball is rolled around a specially carved course in Råby Forest.

In 1968–69 an innovative art event took place in Råby. That was the year that The Model by the artist Palle Nielsen, by now a legendary art project in the form of a building playground, was moved from Moderna Museet in Stockholm to what is now Råby North a couple of kilometers west of central Västerås. The residential area was newly built in 1968 and an adaptation of the project—The Balloon—was erected on a sports ground, thanks to the great commitment of the inhabitants of the area and the local housing company. The Balloon came to Råby on the initiative of civil society and was a great experience for children of all ages, inviting them to participate in a creative, playful way. The art event became the starting point for numerous discussions about places for play and children in cities—locally, nationally, and internationally—and many years later became the basis for the artist Michael Beutler’s commission to create a permanent artwork for Råby in collaboration with its citizens.

In January 2017 Beutler started a practice-based process together with youths, children, parents, and the local clubs and associations. Through a series of practically oriented, participant-based workshops and experiments, methods were developed to take advantage of the experiences and skills that are available in Råby. In the starting phase of the project, a fire razed the meeting place Knytpunkten and Råby swimming pool—which were supposed to become the creative hub of the project—to the ground. Through the project, a temporary outdoor carpentry workshop was reconstructed in the same place. The result of this entire project was the artwork Råby Planet, which took the shape of a large sculpture that was activated through a local festival, a collective game called Råby Planet Festival. The festival revolved around this sculpture by Michael Beutler, an enormous white air-filled ball, five meters in diameter, that was rolled through the streets, on gigantic tracks, and over obstacles in Råby Forest. A range of groups and associations were involved in creating the festival and the rules of the game. Dedicated football teams, musicians, parents, and craftsmen contributed in a variety of ways to activating the sculpture, festival, and game. The aim is to establish Råby Planet Festival as a yearly local tradition. When the festival was over on September 8, 2018 all the material from the outdoor workshop was reused and transformed into The Shrine, a Falu-red wooden sculpture, placed on the outskirts of Råby Forest. The Shrine is a permanent domicile for the globe. It contains all the parts and instructions to reactivate the game and the festival. The Shrine is a magic container that functions both as a bearer of memory, and a marker and call to uphold Råby Planet Festival. 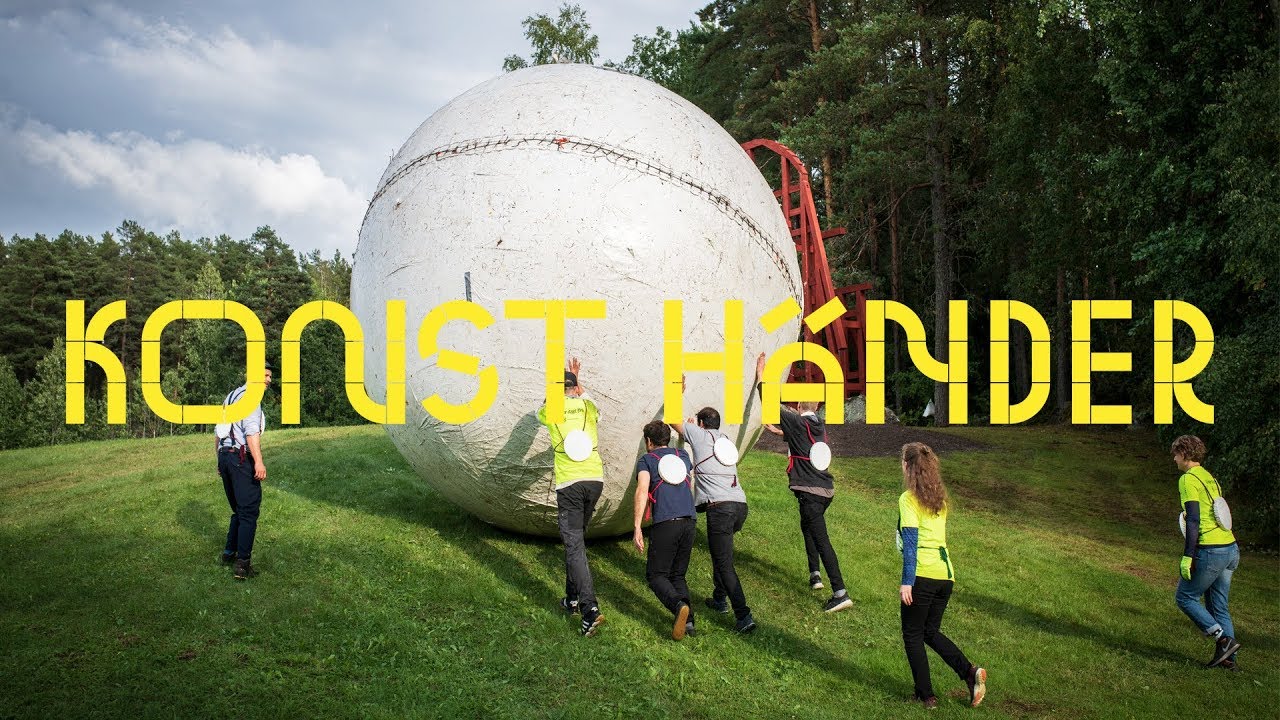 Roxy Farhat, artist, filmmaker, and music video director, has collaborated with HUR, a group of 16- to 25-year-olds...

Katharina Grosse won the competition for the artistic design for the infrastructure area of Olskroken with bLINK, a...

"Emergency Routine" is a new performance by the Isreali Public Movement. Together with five performers, the public is...