This project had a bumpy start. Contaminated ground made it difficult to build and different regulations stopped amateurs and professionals from working together but the vision of using art to lay the groundwork for a local gathering place was achieved. An innovative wooden pavilion has taken shape next to Portalen in Hageby.

Portalen is an organization based in central Hageby, traditionally a working-class residential area in the industrial town of Norrköping. Its primary function is to support its participants in finding employment or an education and it has become an important point of interaction in the area. At the moment, it is located in a former laundry, but since the number of participants is increasing there is a major need for more space. The collaboration with the Public Art Agency was initiated by a group of newly arrived immigrant architects and engineers who wanted to expand Portalen and design a pavilion together with local stakeholders in Hageby.

Early on in the project, brick constructions were mentioned as a way of building on Norrköping’s brick heritage. In the summer of 2016 the Spanish architect collective Map13 Barcelona was invited to lead the explorative phase. Map13 Barcelona has many years of experience in erecting brick pavilions with the help of digital technology and collective building processes. Together with the group of applicants they carried out a building workshop to test what a meeting place in Hageby could be. Two relatively small brick arches were erected and sketches for a pavilion next to Portalen started taking shape. When the ground was found to be contaminated, the brick pavilion proved too heavy and it was redrafted as a wooden pavilion. It became a sculptural shell in which the roof’s curves consist of a so-called grid shell—a technique in which wooden lattices are bowed from the ground using moisture and fixed when they have reached the desired shape. The technique is based on the intrinsic flexibility of the wood, a potential that is only rarely used in contemporary building with wood. Paviljong was constructed in the fall of 2019, and is used by Portalen in collaboration with several cultural organizations in Norrköping. From an urban development perspective this process examines how a grassroots building initiative can work and how the skills and dedication of asylum-seeking architects can be harnessed and have direct influence on the shaping of public space. 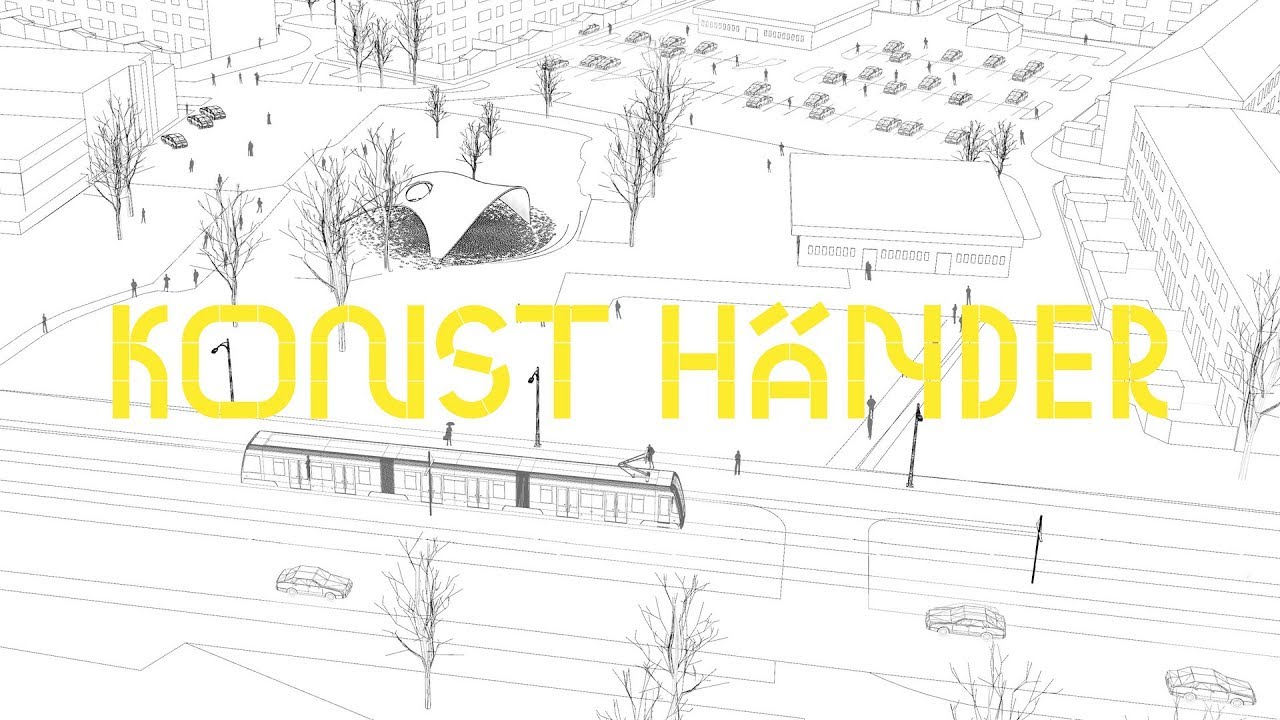 The three-part work Vájaldibme makes visible the indigenous Sámi people on the campus of the Mid Sweden University...

Monument to Work (Arbetets Monument) is a memorial performed by people in motion. The monument is a work...