A Modern Classic gets New Lease of Life.

John-E Franzén is the cult artist who is impossible to pigeonhole. One of his most famous paintings, Cadillac Eldorado, hung in the entrance of the Faculty of Engineering (LTH) at Lund University for almost 50 years.

“Perhaps this is the painting’s last road trip. It’s a rather unique painting for its time. I don’t think there is anything like it,” artist John-E Franzén says.

From Hippie to Legend

When the legendary exhibition Amerikansk popkonst – 106 former av kärlek och förtvivlan [American Pop Art – 106 Forms of Love and Desperation] was being installed at Moderna Museet in Stockholm at the beginning of 1964, art student John-E Franzén watched the process from a window of the Royal Institute of Art. A childhood fascination for American car culture was brought to life.

Two years later he and his family moved to California and were swept up in the hippie and biker culture. He rode a motorcycle. He painted. He drew his subject matter from life itself. It was the end of the 1960s, the apex of the US hippie culture. Today John-E Franzén is 74 and a legend. His realistic paintings depicting American subcultures have become modern classics. He lives in Österlen in Skåne and throughout his 60-year career he has always gone his own way, always defended his integrity. He has held a large number of exhibitions, although less frequently in recent years.

Cadillac Eldorado is one of John-E Franzén’s most important works. The legendary art critic Ulf Linde described the painting as “a euphoric daydream of male power and female libido”. And, certainly, the work radiates a mixture of sensuality and acquisitiveness, in which the American luxury car lustfully stretches out in widescreen format. John-E Franzén took the rolled-up painting with him to the United States, stopping over in France and Germany. The painting was completed for his graduation exhibition in 1965. Today it is valued at 17 million SEK (ca 1.7 million euro).

For almost 50 years students and staff at LTH were able to study the painting close up. It was acquired by Public Art Agency Sweden in 1967 and installed in the entrance of the LTH. Over the years the painting has become stained, cracked and suffered colour loss. Public Art Agency Sweden decided that Cadillac Eldorado needed to undergo conservation to prevent further damage.

Cultural Heritage for the Future

Currently Cadillac Eldorado is at Moderna Museet in Stockholm undergoing conservation work in order to preserve the structure of the painting. Estimated to take some 10-12 months before it can be publicly displayed again, the painting is now part of the collection of Moderna Museet, making it accessible to more people, via exhibitions at Moderna Museet in Malmö and Stockholm. At LTH, a digitally printed copy of the work, which, according to the artist, is very close to the original, will be displayed. 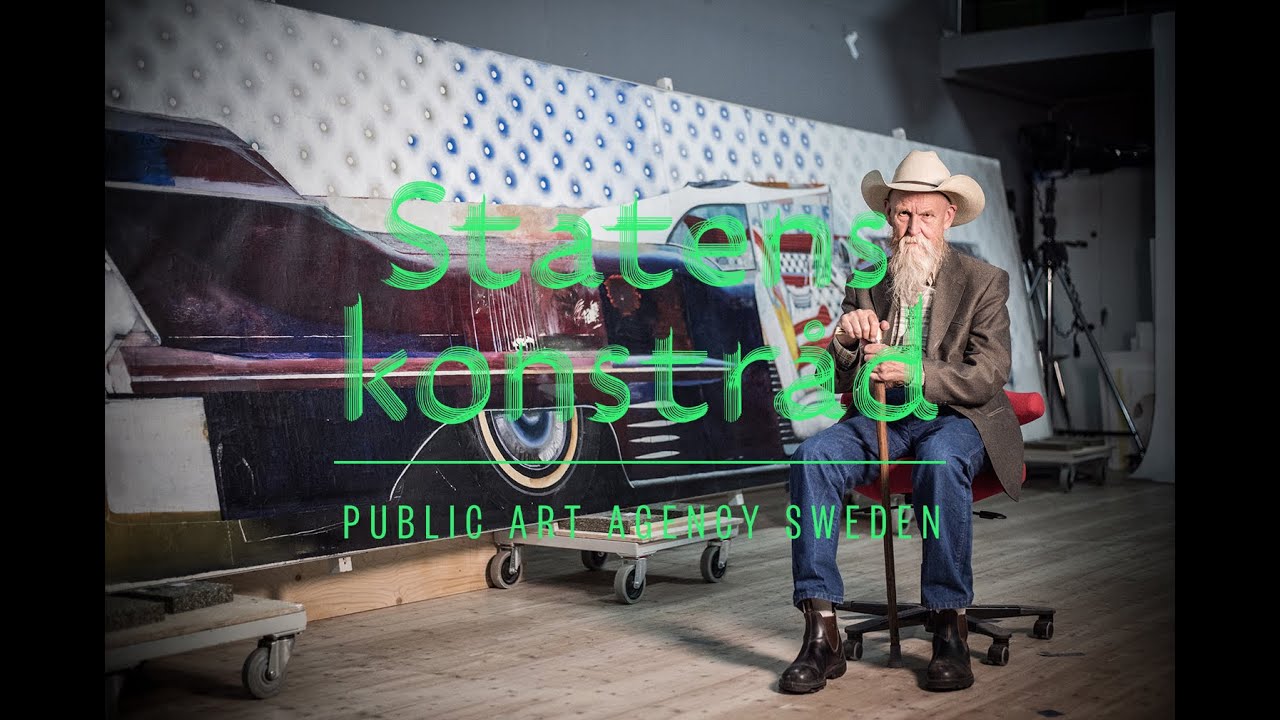 Let It Be Heard, Let It Be Seen

Julia Bondesson has created a series of three wooden sculptures for the Stella Building at Linnaeus University in...

The work Prayer (Malmö) is a poetic, multi-channel installation comprising of recordings of prayer and vocal worship from religions in...