As a refugee, you are deprived of the possibility of being a host, often because you lack the space to invite people home. This realization was the basis for architect Sandi Hilal’s performative art work in the Yellow House – a house for asylum seekers in Prästholmen, Boden – which had its own shared living room in the form of the work Al Madafeh/The Living Room 2018–2021.

The town of Boden has undergone radical change in the last decades. From being a protected military area, which foreign visitors were forced to obtain special permission to enter, Boden has become a central place of arrival for refugees to Sweden. Based on the history of Boden, Sandi Hilal has investigated refugeedom and the roles of host and visitor. She stresses how refugees risk being trapped in the role of guests in a state of permanent temporariness, and asks on whose terms integration is supposed to work.

How can refugees exercise their right to host and what is the symbolic and practical role of the living room? Having a living room enables one to be a host, to invite others and set the agenda oneself. Perhaps a living room holds the potential to bring about change in society.

The Yellow House in Boden is a multi-story apartment building surrounded by open lawn. In the 1960s there were several identical buildings in the area, but they have all been demolished. In collaboration with Bodenbo, Havremagasinet, the Military Museum of Boden, and the Public Art Agency, Sandi Hilal has adapted one of the apartments in the Yellow House into a semi-public living room for the refugees living there: Al Madafeh. The use of the living room is reliant on a specific hosting process where one or several people act as hosts and invite others to attend events such as dinners, musical evenings, or playdates. In this way, the hitherto impossible hosting process is activated, and asylum-seekers can invite people on their own terms and enable a space for the exchange of knowledge and ideas as well as social mobilization. The potential of the living room became clear to Sandi Hilal during an encounter with the then newly arrived Boden citizens Yasmeen Mahmoud and Ibrahim Muhammad Haj Abdullah. Lacking a social context, they had opened the doors of their own home and regularly invited guests. By inviting people over they counteracted the prevailing dynamic in the relationship between new arrivals and locals. Yasmeen Mahmoud and Ibrahim Muhammad Haj Abdullah have played a pivotal part in Al Madafeh/The Living Room. They collaborated in the development of the project and were two of the most important hosts who carried the work further but using the living room in the Yellow House and arranging its programing.

Al Madafeh/The Living Room in Boden has led Sand Hilal to establishing a number of living rooms in other parts of the world, with a focus on the rights of refugees to be hosts. Right now, there are further living rooms in Stockholm, Eindhoven, and on the West Bank. 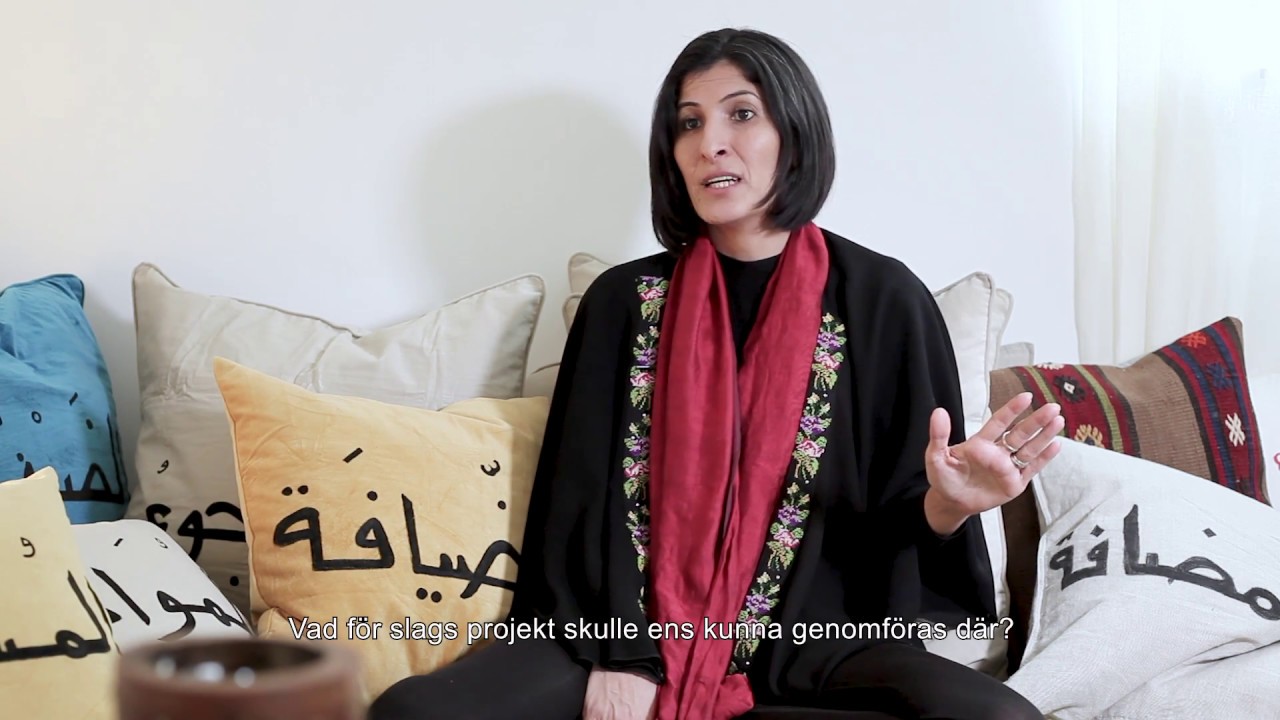 Outside Dianeberg, the new residence halls for cadets at Karlberg in Solna, Sweden, the Norwegian artist Anders Sletvold...

The word Miracle comes from Old French, derived from the Latin miraculum (object of wonder), miror (to wonder...

Woven songs raises questions about something as concrete as the very earth we walk on every day and...