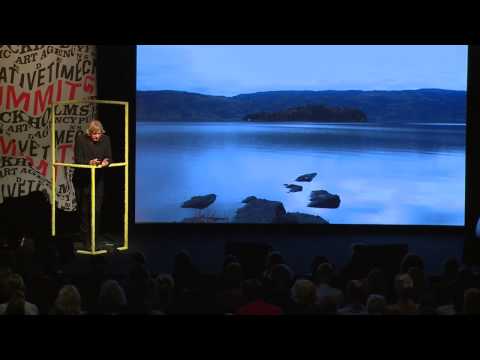 Swedish artist Jonas Dalhberg’s works intertwine dream and reality, inviting the viewer to create their own internal imagery through associations and memories. Dahlberg explores physical spaces with work that takes the form of video, installation, architecture, and landscape. In 2014 his proposal for the creation of a memorial commemorating the victims of the July 22, 2011 terrorist attack in Oslo was selected unanimously by a committee established by the Norwegian government. Memory Wound is a tribute to the 77 victims, an eleven-foot wide piece of land will be removed from a woodland landscape, metaphorically representing the trauma of the attack as well as the permanence of the loss of lives. Dahlberg has been exhibited worldwide, including Manifesta 4 (2002) as well as both the Venice (2003) and Sao Paulo (2004) Biennials.